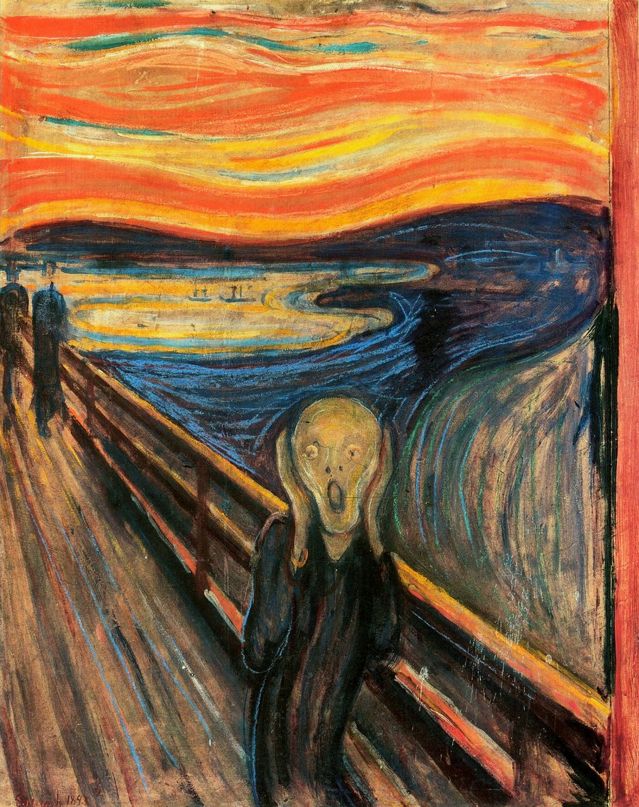 “When they stop talking, you need to worry.”

The above is a photo of the painting by Edvard Munch. The great thing about art is that we all have our own interpretations for them. When I see this painting of the screaming man and then the two people walking behind him, I have my own interpretation. To me, what I gain from this image is man’s horror and madness in a society where others around him may appear to be calm. What is crazy and hectic for you might be calm for others. People whose lives are out of wack have this psycho-psychosis behavior about themselves.

Let’s break down what I mean by psycho-psychosis. A person of psychotic nature is someone who is severely mentally ill person suffering from a serious form of psychosis. Which brings me to psychosis which is someone who has lost contact with reality in day-to-day life. So when put together, these psycho-psychosis people are suffering from the most sever cases of detachment to the point their disordered thoughts makes them see and believe things that are not real. They think that they are real because the emotion behind it is so strong. This can lead to deeper problems like keeping them from being able to socially engage with the world around them. Now you might be asking yourself, what does all of this have to do with building wealth?

For starters, there are a demographic of people that have to hate something. Especially in today’s society because we have all these social media outlets to openly express yourself. So, as with people who use it for building themselves up, there are others using it to tear someone down. How do you, or how can these people tearing down be used as a means to make money? Well, their detachment from reality (psychosis) makes them want to believe something about you that’s not true. Like you didn’t work for your living. The more you talk, the more upset they become, and that anger turns into venting. That venting gains attention, just the attention you need to push whatever it is you’re selling.

Meaning, let’s say you’re a Kardashian-Jenner and you’re trying to sell your next perfume or article of clothing. Soon as you post, the people that love will say things like, “Congrats,” or, “Can’t til it comes out.” The haters will right full passages about how awful they are in life. And since the haters speak with such a loud voice, they’ll build the bridge for you to just walk right on over. Or build the bridge for your customer base to come to you. And once you have attention of the audience you want, hit them with the “thing” you are working on. You don’t have to worry about the haters, your loyal fan base will take care of that for you. Thus, building your own brand off the back of those you push against you; let your haters provide you with free publicity.

And people can’t help themselves when they are this detached. They’ll stand around wondering how you got to where you are in life. Crazy thing about it, even if you give them the blueprint, they’ll still deny it. These psychosis people are the delusional ones. Despite hard concrete evidence of how you defeat them, they’ll still believe the latter. I was watching a video posted to Facebook about a man from Russia discussing people and their delusion of the truth. He stated that he could bring them to the death camps, prisons, show them photographs and documents, and they will still deny the atrocities. It only causes effect to them once they are kicked in the behind. Then they become these conspiracy theorists. They believe in this grand conspiracy, but it doesn’t even matter at this point.

That same delusion and disconnect with reality applies to you capitalizing off it. There was a mother recently who spent $25,000 on her son a sweet sixteen birthday party. People are raving about this party, all the while his social media is climbing. If he plays his cards right he can flip it in his favor and make that money back easily. And since people are so delusional in their own psychosis, they will deny the truth and continue to push your brand. See, in the end, the people have the power to make themselves or break themselves. We push them to higher levels and don’t even realize we’re doing it. Making money takes skill and hard work, but also it’s mental. It’s your mentality that will ultimately make or break you. Because if you don’t use your brain to build yourself someone else will use it to enrich themselves.