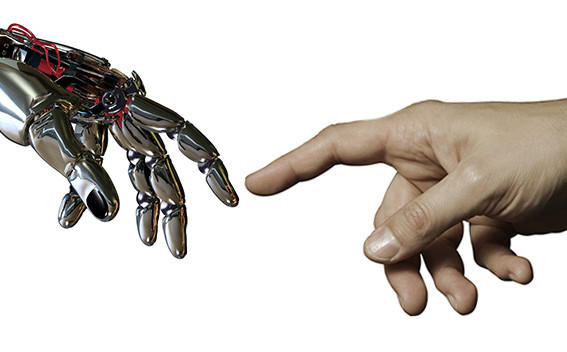 “What we doing to ourselves?”

Recently, people have found it hard to cope with  the idea that jobs in the United States are moving out of the country. But not just any jobs, the industrialized jobs that once built this nation. Now, that doesn’t mean there aren’t any jobs left in America. It just means that the marketplace has shifted around. We are moving away from an industrialized nation to a more technologically savvy nation. And that is something that so many people did not see coming. People were under this impression that we’re going to work in factories for life. But everything in society changes, everything. And that you have to be able to shift with the constant change. So now everyone is mad.

But mad, mad at what? We have always been a nation that has made these types of shits in technology. Yes, jobs are shrinking in one area, but we will be making strides in other areas. And the fact that we are in an open marketplace, this creates so many more great opportunities. Yet so many are resistant to change in our society. No matter if it’s social, economic, or educational. Changes have to take place; this is how one nation stays ahead of another. And if America starts to lag behind, then this nation as a whole will start to  take losses. So what must be done to prepare for the shift that is taking hold in our society? They must face the inevitable, and move with everything else in our world.

As technology progresses, products and services will become more efficient and productive. Not only that, but cost will drastically be brought down.  And no longer will you need the labor of people to get a job done. Because a computer will be able to handle what people used to do. Meaning, we as a society will become more of an informational, operational, managerial, group of people. The man or woman who can use their hands to perform a task is a dinosaur. Now, what used to take pain-staking hours of labor can be done in some instances with the click of a mouse. Once again, does this mean jobs are loss, absolutely, but not permanently. Old jobs are removed and made way for new opportunities. Then why are so many people raging against the machine? Because of the time to put into learning something new.

And in the end, that’s the biggest concern with the tech industry taking hold. It’s not that people are down and out. It’s that people start to age and get set in their ways and don’t want to learn anything new. You are more than capable, but you’re so used to the status quo, you think it should stay that way forever. But remember one key aspect of change while you’re fighting it. The change that able you to be who you are, doing what you’re doing was pushed against. Yet the push was ineffective, which laid ground for you to be you. So you have to adjust and figure your shit out, there’s no other way.