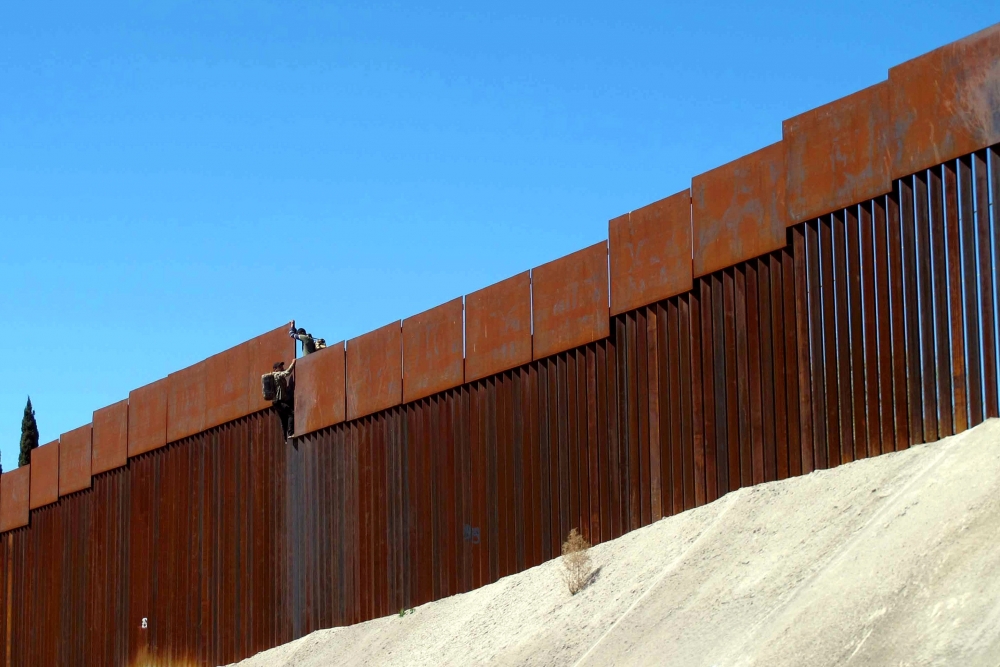 “Who is isolation more dangerous for, you or me?”

Over the past year leading up to the United States presidential election, we have heard the topic of a wall being built between the USA and the Mexican border. No one else has talked more about this particular topic than president elect Donald Trump. Though through all the scrutiny and controversy, Trump managed to win the election. Now the topic of the wall being built along the border has been talked about more now than any other time. Even the former president of Mexico Vicente Fox commented on Trump’s plans for the border. Fox stated that Mexico won’t be building such a wall and if one is built it will come at the expense of taxpayers in America.

Now the question that I ask is that from a political viewpoint we have to protect the U.S. My only question now is if building walls are good for a nation or are they bad for a nation. Every decision you make could be viewed as good or bad. But with any one you choose, you have to take the other side as well. Meaning, you can’t have all good and no bad. You can’t think that everything will be glorious afterward. So what are the positives and negatives of having a wall to separate you if possible. Well let’s take a look at that question.

What are the positives of building a wall? For starters, you can better protect a nation. You are able to keep tabs on who is entering a country and when. When the September 11th attacks that claimed the lives of a few thousand took place, the hijackers managed to enter the country through student visas. Now that’s not the wall that Trump is referring to, but he also made a statement about keeping tabs on people coming from the Middle East as well. Looking at this from a social aspect it can cause tension, but politically it makes sense. If the majority of the people causing problems are arising from individuals coming in from that same part of the world, it’s rational to keep tabs. In addition to the wall in Mexico, the narcotics problem that has for a long time been an issue in America is now more under control. So when you look at the plan from a rational standpoint it makes perfect; Trump’s plan.

As with the good, is also the negative feedback. What are the repercussions from building a wall? One of the issues is that Americans consume a lot of resources. As a matter of fact, so much so, we are forced to go outside the country. Scientifically, if every person in the world ate like Americans it would take three planets to feed the world. And where are two of those places we consume resources from; you got it, the two places Trump has attacked the most. Our oil for uses in mass transportation in the Middle East and the production of automobiles & vegetation/crops in Mexico. Now, everyone is emotional from the election, Trump himself can’t make emotional decisions.

When you do live in a country where your citizens consume so much, but want boundaries on nations, you must be careful the way you communicate with outside nations you need. It could effect mass production on a global scale and ultimately hurt your country. Another reason why walls are bad ties into the resources. Isolation is dangerous to the person or people who isolate themselves. Understand that the world has resources, America can’t sustain alone. So this country need the planet, not the planet needing America.

So in the end, there is always a good and bad with any decision you make. Especially a decision that would require isolation. The good is you know who is in your country, but the bad is that you isolate and hurt yourself. But whatever the case may be, Trump has a pretty tough job for himself moving forward with the building of a wall. Is it good or bad, I don’t know , only time will tell if it does.