In society today, we have all these digital mediums around us, yet still so few are using it as a means to build a life for themselves. So many people are expecting a political party to create them some type of life. And the reality is that you can do it now if you’d like to do so. Now more than ever, we all have the power of change in our hands. And still people are unaware even with the large volume of free information on the internet. So what really separate the people that can build from people who don’t. And a lot of it has to do with fear of failure; not living up to their greatest potential.

Since we are in a right now era, we have such a hard time building our careers. And when trying to build in the digital space, it will take a while considering so many people are doing it. And that’s where people get side tracked. Just because everything is moving so fast, that does mean your career will move at the same pace. You need to build a strong loyal base which could take years to fulfill. And that is when the job of building becomes difficult. Only problem is that any career will take years to build.

Monetizing with all this digital media requires a skill set that takes a lot of time which is why you need years. And the following are platforms where you can monetize if you’re up for the challenge.

People who have built a space through Instagram are able to do so through the engagement with their audience through video and photo content. People are getting paid massive amounts of

money to promote for brands. And the great thing is that you don’t have to be a famous celebrity to monetize anymore. Of course you have the Kardashians who fetch high prices to push brands. But now, someone with 20k, 50k, 100k, or 500k followers are able to capitalize off of the platforms. You might see someone on vacation and think they are relaxing, when in reality they are promoting the hotel resort.

Facebook is still a great platform to utilize for your business. Because not only are there more users on Facebook, it can serve as a hub for all of your work. You can also promote and view your 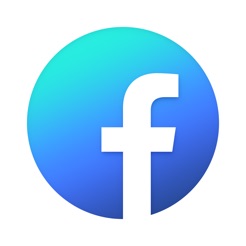 analytic in more depth. Facebook is also connected to just about any other platform, so whatever you’re working on goes straight to your page to be promoted.

Now, as far is YouTube, you can use longer form video content to promote and make a living doing so. It can also take years, but once you’ve cultivated an audience, then you can generate