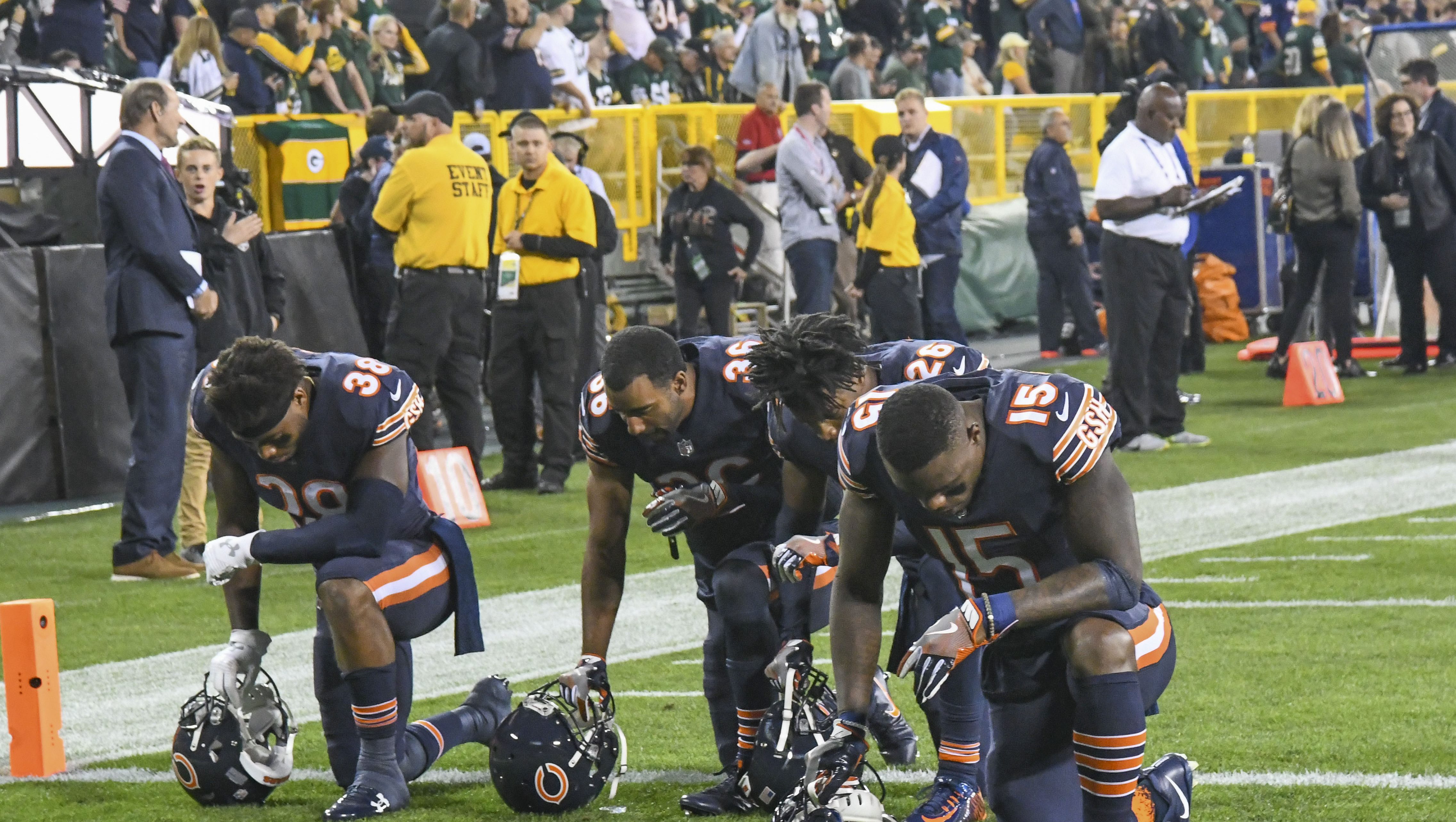 Ever since former NFL quarterback Colin Kaepernick got down on one knee during an NFL game to protest police brutality in America during the national anthem, the anthem protest has taken on a life of its own. It has taken on such a life that we have now found ourselves back in a Black/White argument. The predominantly White side disagreeing, while the Black side agreed with the protest. So why, why are we so split. And not just on the anthem protest, but a lot of things in America. There is typically this split among Black and White citizens. A lot of times not even planned, just an organic disagreement.

numbers in one direction

The main audience for the NFL is mostly White, and of course with the population of America being mostly White. So with that said, you can understand why the NFL would want to end the anthem protest. They are doing what is in the best interest of their brand. If the mostly White audience don’t want to see it, then you will see happen what is happening which is a ban on the protesting. But on the other side, what do you think will take place in response to the ban? Because this is not going away.

Since the issue with the protest have caused the NFL to implement new rules, how will the response be handled. Like I said, since the ruling by the NFL, as well as the President of the United States getting involved, this is far from over. Will there be a taking over by members in communities? Because if people in society form their own coalition, then there is nothing that can be done. But why must everything come down to a topic that involves a racial discussion. Because isn’t sports supposed to be a place to escape the issues of the outside world?

when competition and controversy meet

Plenty of people say keep social issues out of sports. But for the past few hundred years, this nation has been wrapped in racial relations. So everywhere you turn, there is a constant reminder of the history of our country. Whether it’s a Confederate Flag or an athlete with their fist in the air. And for so many, they tend to think sports should be sports and social issues are to be dealt with out of sports. Some even think forget social issues all together. But when you have people protesting because of police brutality, and an NFL player and NBA player are both on camera being improperly handled by police this year (Seattle Seahawk and Milwaukee Buck), the athlete says the conversation is relevant.

a difference among peoples

The reason for the relationship differences are not the media like most would want to think. It’s just how the things have been over time. There is no stopping it until a mass collective shift their perceptions of each other. But the most difficult part is that the construct of Black and White are systemic constructs. Constructs put in place a long time ago; that most say hurt our country. But the construct is almost like a glue keeping things going.