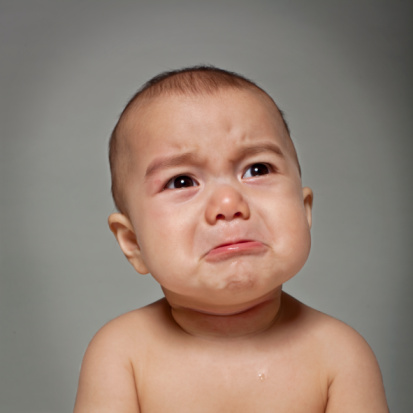 “ Stop crying, everything is not offensive.”

In the recent years, the United States has gotten more and more sensitive. Some say it’s because of the media’s 24 hour news cycle, others say it’s because of the new generation. And then there is the claim that social media contributes to the sensitivity. Whatever the case may be, people are getting in trouble left and right because of something they have said or some type of action. And what’s crazy is that it doesn’t even take much to cause the friction between people. I thought this was just something that celebrities went through, but now we have average Joes telling on each other. A lot of people say it’s President Donald trump and others have said it stems from the nation’s first Black President. Well, what are some ways we have become too sensitive in our society?

One way is the idea that we disagree politically. Former Press Secretary Sean Spicer was a guest at the 2017 Emmy’s. And being that he was a former aide to Donald Trump, people went off the rails about him being present. Why, well people felt he lied for the president. Now, I know as we all do that press secretaries do as they are told. So he didn’t say any more for Trump that someone else didn’t do for another leader. But since people are so upset still over the election of Trump, anyone attached to him, past or present is catching hell. Are people right for their feelings toward Spicer, or should everyone just lighten up and have a moment? I laughed about the situation, but so many people felt it was way out of line. Yet is politics the only topic that has made us sensitive?

No, the racial conversations have emerged once again in America. A conversation that has been going on for generations, and shows no sign of going away anytime soon. Is everything racial? Especially when observing Black and White people in America. And what’s crazy, sometimes it seems like the smallest encounters spiral into something much worse. An easily avoidable situation becomes more than it has to be. Ending with the dominant society putting their own spin on what has taken place. And once that happens the story takes on a life of its own and the original circumstance no one seems to care about anymore. Everyone has their emotion and agenda, and before you know it, it becomes a populace engagement. And yet, there are still other topics that have been of interest, one being the sensitivity when dealing with sexual orientation.

Since Donald Trump has taken office, one of his actions was to refuse Transgender men and women the opportunity to serve in our armed forces. A move which caused even more controversy from the decision. It was also a move that I disagreed with because you should be able to serve the country in which you live. But even before the decision, terminology describing members of the LGBTQ community caused issues. Some say certain words are derogatory, and only members of the community can say certain words. But in the end, the sensitivity of America will eventually spill over. Because people who are overly sensitive will become victims of their own sensitivity. And then and only then will they understand the problem.