“A look into yourself.”

Most of us are familiar with the seven deadly sins. The cardinal sins that would most definitely banish man to hell. They are pride, lust, greed, sloth, gluttony, envy, and wrath. And at least once in our lives we have come across one of these sins, if not all of the sins. But what I want to know regarding these sins is are they real, or just deeper insights into man. Was there something man knew about ourselves in the past, that is only being magnified in the world today? Because life was quite local in the days of early Christianity. So how did man know so much about us? But human nature is a universal characteristic. How do these sins tell us who we really are in life?

In the case pride, one carries an excessive sense of accomplishment. They are quite boastful in what they have achieved, almost to an intoxicating level. They

not only have to let others know, but they also have to accumulate tangibles as a means of showing themselves off to the world as well. But, don’t we all have some form of pride? Pride is the satisfaction you get out of winning a race. Pride is the fulfillment you get when you lose weight. And pride is the gratification you get when receiving a gift from someone close to you. So why is pride such a cardinal sin? Because pride is only a problem when it takes over your life. Or, it becomes a sin the moment you have allowed your pride to turn into hubris.

Well, what about lust; lusting is a sin. But how much lust is bad and how much lust is good. See, I lust, but to what degree makes it a sin? Is this lust going to lead down a road that will hurt me in the end? Or is the lust the yearning and wanting I get from seeing a box of chocolates. You see, lust is yet another

ambiguous sin that only becomes problematic once it grips you where you can’t shake it loose. Lusting over strawberries is different than lusting over a woman I might see on a job. Because those strawberries will satisfy my hunger pains and keep me until I consume a meal. That women might get me fired if it goes too far.

Next comes greed, which is the need to want something in excess where it leads to selfishness and control. Well is it wrong; once again, it’s all in context. Wanting to make a lot of money to leave for your descendants so they are not thrown into

poverty is greed. Why because you are taking more than you need. Yet, is it really sin if you are trying to protect family. Difficult to say considering money is a tough topic. Anyone that makes a lot of money, yet reworks their portfolio to make more can be seen as greedy. But true greed is taking more than you need for the sake of having. There is no use for it, you just don’t want anyone else to have it.

Then there is envy; which is the longing to have something that someone else possesses. Yet another sin that can be both bad and good. For example, I grew up in a poor household. I often wanted the lives of friends I had went to school with as an adolescent. But in the bible that can be seen as sin. Or is it really a sin? I

didn’t wish to be them, just had a desire to have more than barely surviving. And that is the difference between the good envy and bad envy. Sinful envy is you have it, I want it, I’m going to get it if I have to take it from you. There is nothing wrong with seeing someone with something you want and don’t have; it’s human nature. Yet, there are limits to how far you can go before it’s a sin.

So let’s continue on down to sloth. The lazy and the indolent. Those who sit back and want everyone else to do their dirty work without putting in an effort. They let themselves go by the waist side. From their home life to their outer appearance; 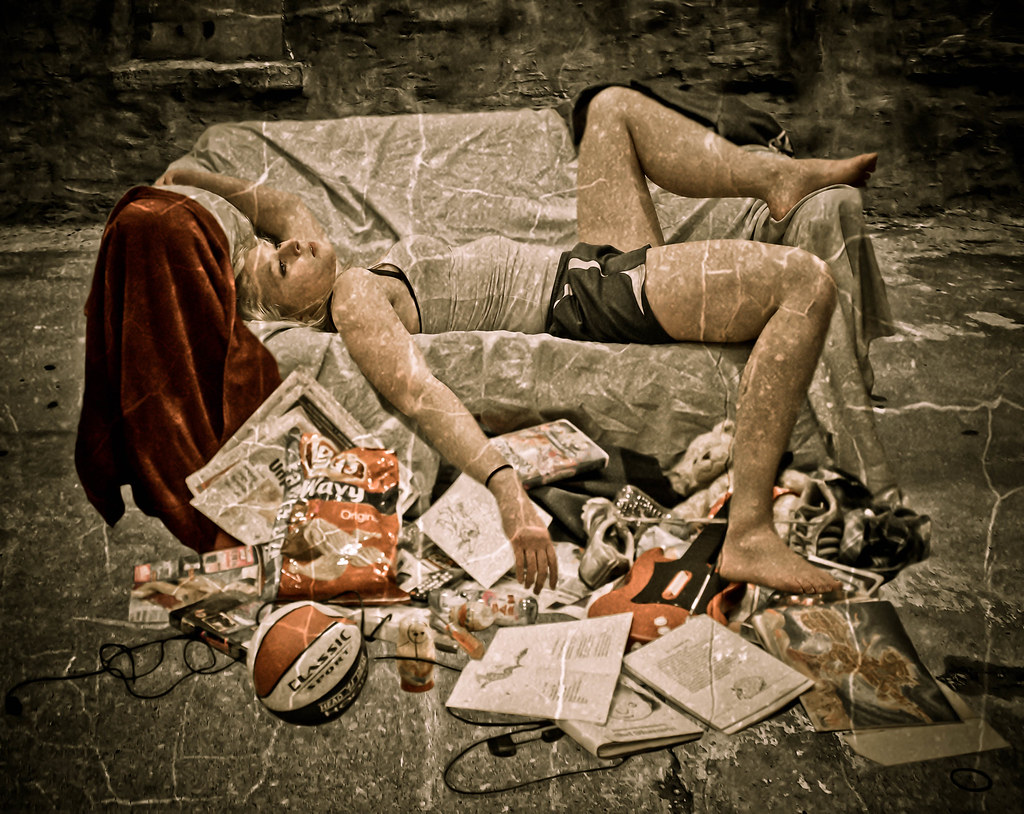 nothing is kept together. Then there is the good sloth which is, being tired. You work all day and sometimes don’t want to clean or move. You are not of sin because you have a legitimate reason for not getting up and making a move. But this is what we describe as taking a load off. Resting until you get up to make moves, which is sloth on a low level. Sloth on a high level is trouncing around in filth; almost in comparison to a pig.

And of course we all know gluttony. The overindulgence in eating, almost to the point it will cause you to develop an ailment. There is a difference between eating to live and eating just to eat. Eating to eat leads to health problems; while eating to live keeps you in line with having good health. And of course from time to time you indulge, yet you never veer off course too much. So as to not be led too far astray where you have hit the point of no return.

And last but not least, wrath, which is that strong wanting to punish someone. That inner hurt you feel that someone else must feel in the moment. Now wrath is tricky because is there ever a time to want to dole out punishment without sin? And the answer is yes. In the case of being a parent, the wrath is often brought down and is justified. Not only in biblical text, but even among non-denominational people. But when you want someone to feel pain because of your

own internal struggles, then you become the true face that is wrath. See, in the end, all seven sins not only are of biblical context, but they say something about us all. Interestingly enough, you can’t go through life without having one or more seven sin qualities. But it’s not having these sins, but more so an excessive sin trait that becomes problematic. Because that is the point where you start to lose control.