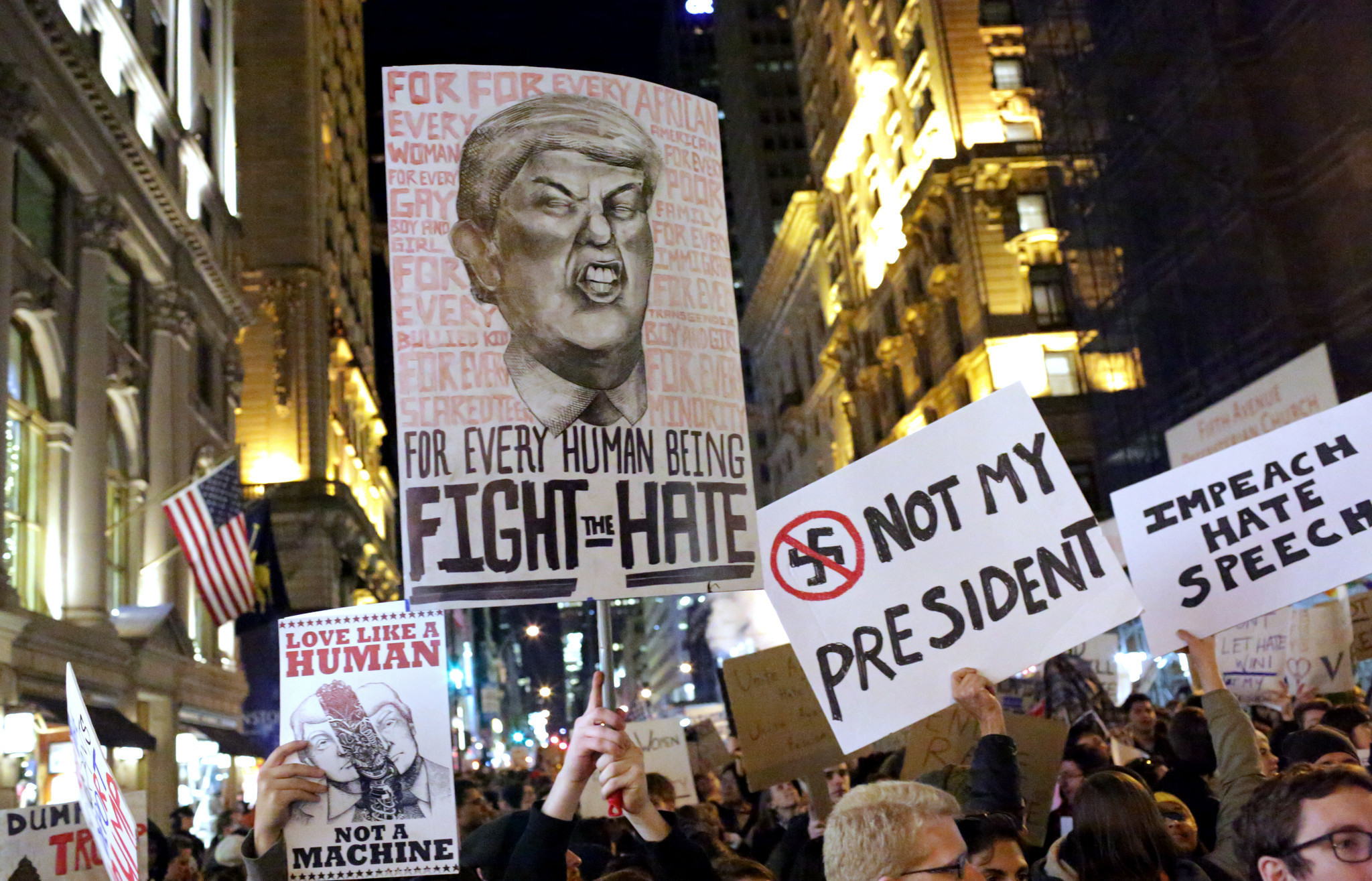 Since the election back in November of 2016 for President Donald J. Trump, people have been doing everything from debating to protesting. I myself have written a few posts on Trump as well. But what I have not done was write from the perspective of being on his side. Most people would say, “How could you be on his side?” And they would be right to an extent. There are things he says and done that delve into petty. But when I see the types of people coming after Trump, it puts you in a strange position. You have so many awful people, or people who never question the awful behavior in their own environment question Trump.

What do I mean by strange position? This is what I mean. When I hear people make statements regarding Trump, then turn around and behave that same way, it really hurts their argument. It’s hard to go along with someone who is behaving like the man they rail against the most. So, who would I be referring to as it pertains to people who fight the hardest? I am referring to athletes, entertainers, politicians, business executives, and newscasters. People who have just as much, if not more influence than Trump exemplify their own poor behavior.

Who would fall into the category of what I am talking about. On of the groups is the fashion industry. Trump’s daughter Tiffany attended a fashion show awhile back. Patrons refused to sit next to her amidst her father’s comments about women. Understandably so, until you delve deeper into the fashion industry. When you see how they have had such a negative impact on young women. Everything from telling young women who are already underweight they need to lose more, to being forced to create more diversity with it’s advertising. And still, the attempt is made to further hold on to such principles in their industry.

So when you hear people who themselves are so immoral and unethical, it’s hard to only point the finger at Trump. Or better yet when NBA player Lebron James states there is no room for the type of locker room talk that Trump was engaging in. Then you say to yourself, “Really, now athletes have become the moral compass for how women should be treated. An over 90% divorce rate, mainly due to infidelity. Domestic abuse cases, murder, attempted murder, rapes, and now they are all of a sudden the voice for the women’s cause. It really makes it hard to hear these types of individuals plead their case. And still, there is another group of people that go hard and that is the entertainers.

Entertainers have been poking fun and protesting themselves against Donald Trump. But every award season actors and actresses take to the stage demanding higher pay for women and expressing a lack of diversity as it pertains to minorities. It is hard attack someone at a restaurant for poisoning another patron’s food, when your own meal is being poisoned at the dinner table and you eat it like it taste delicious. And yet, you never hear about them out a studio executive for their practices. All you hear is, “the industry” is a certain way. But the industry is made up of people, who are the people. If we attack the president, I also want to know the names of these bosses as well.

And that’s my problem, why I may disagree, but it’s hard for me to fully follow the pack. There is just way too many hypocrites fighting the president. Too many wanna be righteous people who are not really being righteous. They talk about togetherness and are some of the main people pushing against their own agenda. Mass media has this narrative they push as well, but won’t admit it because it boost ratings. See, in the end, everyone want to act like a martyr, until the one you stand by does that thing that has you protesting. We will find every reason to denounce the opposition, but fight for the wrong on our own side. So it forces me, to now stand behind those I wouldn’t normally stand behind because of the dishonesty. And the more we are dishonest the more Trump types will come into power.