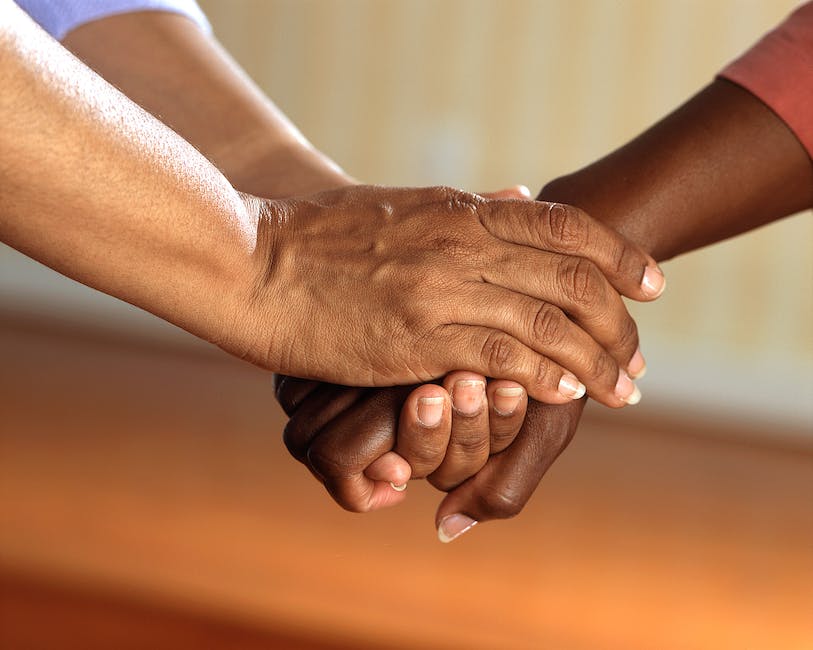 Recently on the morning radio talk show The Breakfast Club, social activist and psychologist Umar Johnson was on talking to the hosts. He made a statement regarding interracial marriage that I thought was quite interesting. He stated that marriage is a political decision. And who you marry says a lot about your priorities when pertaining to ethnicity. Which is why he said that if you are an African American marrying a White man or woman you are not only taking them on as a partner, but also this group’s culture. And you are accepting the group’s community as well. Umar was making a distinct connection between what outside ethnic group you marry and your loyalty to your own ethnic group.

And what I thought about right off the back was, is this so? Does marrying outside your ethnicity as an African American renders you devout of self-love and respect because of your choice? And is this really a choice that is stemmed deeply in politics? Because I see Jews, Asians, Indians, and Hispanics stress marrying another member of their group. This is not just Umar who feels this way. Are those other groups wrong for preserving their culture? Because this is what the fight is about, preserving culture. When you marry a group that is different than your own, the cultures can be vastly different. What do you say regarding this, such as Jew marrying a Muslim?

See, in my household, my mother stressed marrying someone you love. And I felt this way, but when I became an adult, and took on my own experiences I started to look at things differently. I don’t think you are less than for marrying outside your ethnicity, but I also am not against people who are against interracial relationships either. Now some may say, how can you feel that way? I myself, as an African American man, couldn’t marry a woman of any other ethnic group if not accepted by her side. Meaning, if I meet a Chinese woman, and her parents/family didn’t approve, I wouldn’t see myself staying. As against them as I might be, I don’t think you should be forced to allow people into your family if you don’t want me there.

Now, that leaves the woman hurt, but that’s a problem she must come to terms with, with her family. You know your family, and you know what they accept and reject. I don’t want to be a member, nor do I want them forced to accept me. My best bet, is to remove myself from the equation. It’s not in my best interest to stay. Because if I were abusive, that’s a reason to not like me. I can’t stay in a situation where you dislike an aspect about me I can’t change, nor would I want to change. So as much as it would hurt the woman, I have to make a decision to remove myself.

Now others might disagree with my decision. They would say, if you love that person, who cares what others think. But to me, as awful as you might think they are, losing family is easier said than done. Are you willing to lose everything that have ever existed in your life for this one person? And if you and this person don’t last in the relationship, you’re completely alone in the world. Sadly enough, people are put into those decisions. And I don’t want to be the catalyst for that decision.

In the end, there are people who think love is color blind. And to me you like what you like. Human attraction is not always a socio-political decision because we are not that type of species. People are mammals that gain attractions to other mammals like us. Ethnic conflict is a social construct placed by man for means of control. There are men who are members of the KKK that are attracted to Black women and Nation of Islam men who have liked White women. It’s not ok socially, no one would admit that, but as humans you like who you like. Yet the social aspect of our society is far more greater than the emotional attachments.

“Stand with them, not just for them.”

Tomorrow is Memorial Day, which is the celebration for our men and women who wear the uniform of our armed forces. The men and women who perform a thankless job for protecting this country. Those who are called to war, not because we tell them to do so, but because they feel it is their core belief. And like I said before, a thankless job. Whenever a professional sports team win a championship, there is a celebration in the streets. Yet when our armed forces return home, it’s usually a family member to greet them. We rarely celebrate their coming home, why? Why do we just take it for granted?

before. But nonetheless, they do their duty and come home. We give them half off on a Memorial Day brunch and say we did our part. But what about a little more. Why not take this time instead to push for programs that will aid in their matriculation back into society? They most likely have spent time, for the ones who fought, shooting and killing. Now they’re supposed to come back home and live a normal life.

How do we expect them to live normal if we don’t assist? Their duty has been to fight, but what is ours? If someone is willing to say, “I am fighting because it’s my duty.” Why not help them out with something? I’m not saying it necessarily has to be of monetary value. I’m talking more of

psychological treatment. Because if their minds are right, then they can earn their own livings and live a normal life. If any candidates are qualified for free health care it should be armed forces who fought in foreign wars. And that help should be mental. Or better yet, someone who lost a limb and is now disabled. They walk the streets, and people stare, not knowing what they sacrificed.

And the other reason why they deserve it is because we spend so much money on foreign aid to other nations. Yet we let the men and women who give their lives fighting for us nothing.  If a hurricane wipes out a village in some foreign land we hold telethons and major events. But none of the like when troops come home from war. So, in the end, we should take care of our own before assisting others. In America unless there is a draft, you have the freedom to join willingly. That shouldn’t mean, you join, it’s your problem. Why do we treat it like it’s a punishment instead of something to commend. It not only should, but must change. Otherwise we lose a piece of our identity as a nation.