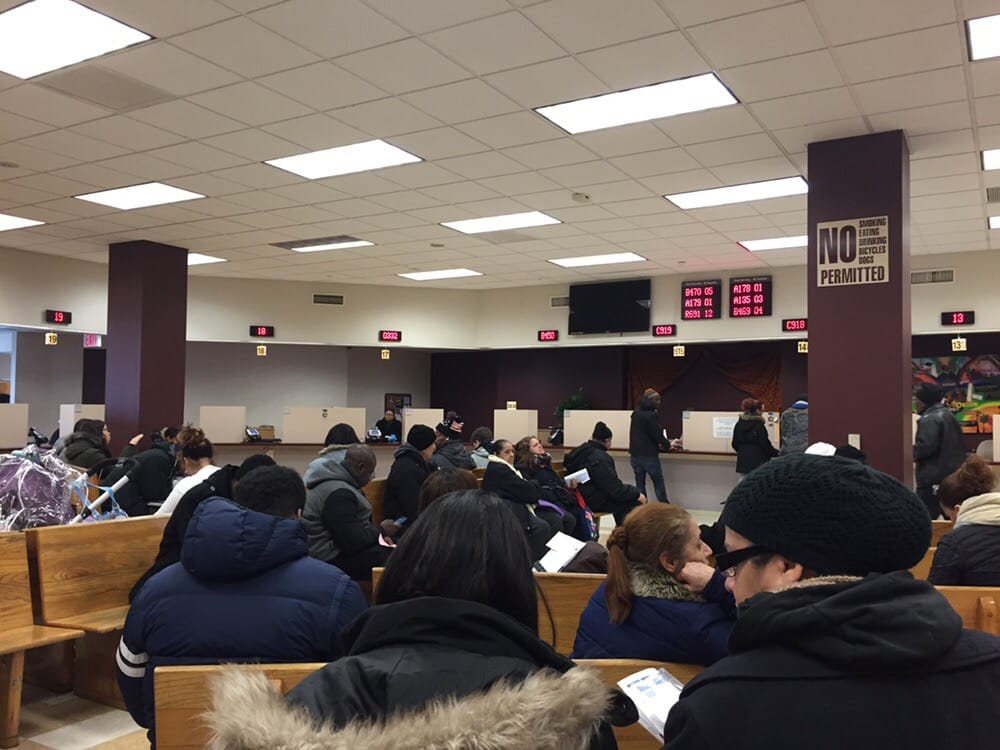 Yesterday, I went to the DMV to get a new identification card because my license has expired. And for those of you living under a rock, the DMV is the Department of Motor Vehicles. And if you’ve ever been there you know it can be a headache. From the moment you enter the building and see the people all packed in, you know it’s going to be a long day. For me at least, I walked into the DMV with confidence. Had my social security card, old ID, and debit card ready to pay for my new ID. But I was stopped and told to go home and get my birth certificate. That made me lose about a half hour. Then I was told again to go home because apparently the window I went to after the first person said I didn’t have enough points on their slide chart to proceed forward. So I went home, yet again.

And from the point of getting everything straight to getting my temporary ID, it took 6 hours. Yep, you didn’t hear wrong, 6 hours. I was so frustrated I was late for work later in the day. So my question is, what is it about the DMV that makes them so unproductive? Is it all them, or do they deal with so many unprofessional people they throw their hands up and say screw it. Because any government agency you have to depend on is always this way. And as for me, I look at this from two perspectives. There is the perspective that the people the DMV have to deal with all day are ignorant. And the customers are also dealing with people who completely hate their jobs. And if you’re dealing with difficult people they should have their own special area so people who know what they’re doing can be in and out. And for those employees that hate their jobs, get rid of them because they make the process that much more irritating.

Now, when dealing with people who come and have no clue what to do, it’s frustrating because I come to the DMV once every blue moon. A s a matter of fact, it’s been 8 years since the last time I came to the DMV. But soon as you walk in there are people who act like they’ve never heard of a queuing system. If not for the people telling you to go left of right, there would be no order. And when the people get to the window to speak to someone, they are standing there all day conversing. I witnessed yesterday a man stand at the window for at least 15 – 20 minutes. I myself only took about 3 – 5 minutes. People carry themselves like they have not a care in the world. Like no one else has a life to tend to themselves. And don’t get me started now on the people who work at the DMV. One person gives you one set of information. Then when you speak to a clerk, they tell you something different. Next thing you know, you’ll be here all day long waiting.

And in the end, nothing that requires the governments help actually works. Only are they productive when it’s time to pay them some money. Then the lines are far shorter, and the time is much quicker. Across the hall from the DMV’s customer services was the traffic violation office. And that office was so quiet and calm. You know why; people were forced to pay the city. Oh trust and believe, they’re very friendly in aiding you in a payment. And luckily for me, I am 30 years old and I won’t need to go back until I am 38 years old; thank God.