“So many capabilities, yet so little ability to stop anything.”

Throughout history, the United States has gotten hit with massive hurricanes that have left devastating damage in it’s wake. A lot has been done over time to prepare citizens for storms as Hurricanes make their way across the Atlantic Ocean. Usually, we look to the strength of the storms in the Caribbean as a measure of how strong it’s becoming before it reaches the United States 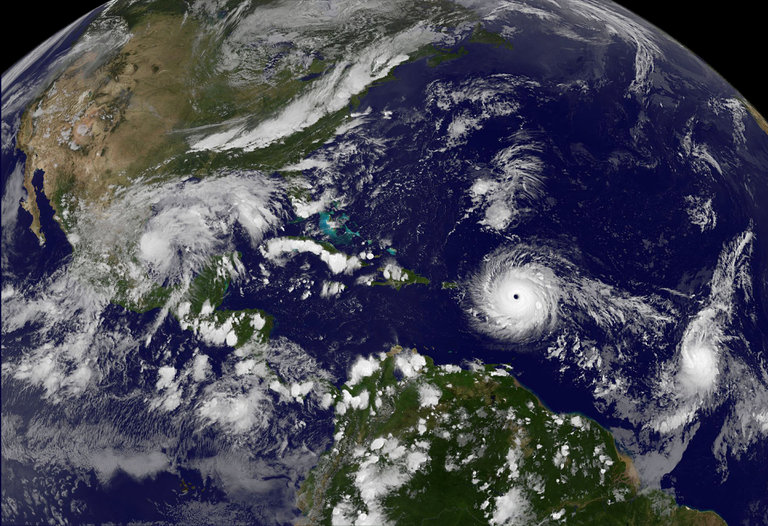 mainland of Florida. And throughout time, we have also developed forecast models that anticipate the impacts of the storms. But what we have not figured out, is how to drastically decrease the devastation. Meaning, how do we defeat mother nature at her game. Yes, we build walls using sandbags and even levees, which, judging from Hurricane Katrina don’t always work. But what about a new technological levee system that is beyond what we have currently at the moment.

And what do I mean by a levee system that is stronger than what we have at the moment? I mean a levee system that not so much serves as a wall that separates us from the water on the other side. But a system that makes water difficult to hit the mainland. And I know what people might be thinking, you can’t stop the storm

water from entering. I’m not referring to the heavy rain water and winds. I mean the water coming from the Atlantic as well as the Gulf of Mexico. How about a levee system that forces water to fill up in the water before entering the mainland flooding our American cities. Meaning, imagine a system that is built under water, so that when a city could potentially experience mass flooding, the system drops the sea floor underwater forcing water to fill there before entering the land. So, think of like a beach and water flowing on the beach/on shore.

As water from the Gulf, for example, prepares to hit Houston, an underwater mechanism drops the current water floor down further. So, another example of what I mean, if you are still confused is like a house with a porch and sidewalk. If water rises against the house, it will eventually flood the home. But if you have a mechanism built around your house that drops surrounding the house, the water will fill this moat around your property before entering your home. Now, the cost of something of this magnitude will

reach in the high billions of dollars. A move that our government may not be too thrilled to act on. But when you look over time at the devastation, it is actually more costly than what we already do to prepare. It’s almost like these storms over time are getting stronger and stronger.

In the end, what will happen when a hurricane eventually exceed the category 5 that we have long deemed the biggest? Will we have to design a new ranking system, which will then force us to create better means of protecting our lives and our property? Because if we don’t, with the strength of some of these storms getting stronger, the impacts will be greater than doing nothing at all. You look at today, and the damage inflicted by Hurricane Harvey, as well as Hurricane Irma right behind Harvey, and Jose behind Irma. And with forecast models, they’re helpful, and deter a lot, but more has to be done to prepare in the future.