“I did that and assume responsibility.”

Ever watch television and you hear newscasters saying how much people in the public eye need to be held accountable. And what’s funny about them is if you state that they are held to the same standard, they dismiss what you are saying to them. Like people on CNN and FOX News, they are public figures in a celebrity way, yet they try to dismiss their celebrity under the guides of members of the press. But they truly are public figures just as much as any athlete or entertainer. And that’s when you realize that we all try to hold someone accountable, but then shift the blame when it’s time for ourselves or someone close to us. Because if it’s us or someone close to us, or even people we support in society, there is always this spin to how we rationalize. We say things like, “Well, they’re different.” “Or, you make certain amount of money.”

So why do we have a spin to our personal agendas? One reason is because by definition, an agenda is an ideological plan implemented to come to an agreement of meeting an objective. Which is a broad and ambiguous meaning for a word. But the real hidden aspect of an agenda are the “held common beliefs.” And that is something in society which makes the agenda become a problem. Because the group of people pushing any agenda today does so that it supports its own interest and not necessarily the interest of everyone. And here lies the reason why it’s hard to hold someone or groups of people accountable for their actions. It’s because once you pick a side, you usually stand firm on that side. And refusing to bend or break is the way we go about handling the situation. But at times you become so convinced of your belief in your agenda, you lose rationale and easily become taken down a rabbit hole.

And the rabbit hole is what happens when you say things like, “Athletes are held to certain level of accountability.” “But then turn around and say my national newscaster is giving the news so it’s different when they speak.” When in reality, your newscaster may be held to an even higher level of accountability and should, than the entertainer. It’s an easy out, and the ability to not have to have a conversation about a topic, or even the fact that you are trying to keep people from reading into who are as a person. And we don’t like to say, well I do that as well, and I am going to make the leap to change because I expect that from other people. No, we say it’s different, but it’s really not different. We just don’t want to change and we hide behind what we expect from you to mask who we really are behind closed doors.

In the end, we all have these accountability issues as it pertains to ourselves or other people. And a lot of it has to do with our belief systems. We want so dearly to believe that what we believe matters. So if what I believe matter, then what am I left with. Inevitably we hold people to a task we don’t hold ourselves to, or those close to us. 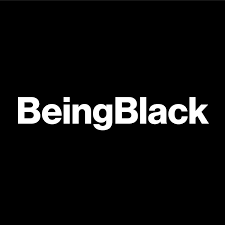 “I feel this way and don’t even know why.”

Walking up the street, a White woman grabs her purse as I walk by; I instantly go into a space. A White man or woman tell me I look like someone they’ve seen before, then I go into a space. I am walking through the store, a White man or woman is following close by, I go into a space. And that is that; what is it about the United States that still makes me go into this head space of, “Did they just do hat because I am.” And it has a lot to do with this unspoken relationship that the two ethnic groups still have in America. An event takes place that we both witnessed before our very eyes, and yet we have multiple perspectives. Now, this already happens with humans as it is, but we are two groups that see things so differently.

I remember when former NFL running back O.J. Simpson was found not guilty of murdering his wife and her friend. The faces of White America went straight to shock while the faces of Black America went to rejoice. But this is not something that was agreed upon by the two groups. This was automatic, and it was swift. Neither of the two groups sat down among each other or separate and had a meeting. There was nothing of the like; everyone just knew how to react when it happened. I was only in elementary school when it happened and I remember the faces. Teacher at my school were enraged, and the people in the surrounding community where I lived was happy. And what formulated out of all this was one man’s life dictated forever and two innocent people dead. And that is the weird and uncomfortable relationship that is Black and White in America.

We all know the history, but this goes deeper than the past. It’s so disturbing how it effects you internally when you come across someone from another group. I’ve even asked myself like, “Wow, where in the hell did that come from?” Me speaking to myself, then you stop yourself in your tracks. But people who are unfamiliar might say, “Well why feel that way?” And reply is that I don’t. It’s as involuntary as sneezing. Meaning a situation can easily go from zero to sixty where the processing of what is going on takes place after the fact. I, still to this day have a hard time making eye contact for instance with a lot of law enforcement as t pertains to that weird racial dynamic. It’s almost as if the person doesn’t exist, until the person is no longer in my presence. Because in the end, the relationships are uncomfortable because no one expresses how they truly feel to move forward. America is an ignore it and it will go away country. Which is not how it should be dealt moving forward.

“Everything is starting to fall.”

Since President Donald J. Trump have been elected in November of 2016, he has consistently been in the news. And now there’s a new story, adding to the already mass media hysteria. This time it’s for two incidents: the first being the Neo-Nazi/White Nationalist march in Virginia and now the firing of his Chief Strategist Steve Bannon. This now the third person who has publically been fired or stepped down from the Trump administration. The first being his former White House Press Secretary Sean Spicer, then his Communications Director Anthony Scaramucci, and now Steve Bannon. Now the question is, whose next on the list of people stepping down. And will it eventually get to the president of the United States?

Well, there are key people who have been in the news that could be next in line to be removed from their positions. The next could be the United States Secretary of Education Betsy Devos. She has taken criticism because of her stance on how education should be dealt with in public schools. One of her stance that people took issue to was student choice programs. She felt that students should be able to use tax payer money as vouchers to attend private schools. A move that could hurt a lot of good educators. Because what parent wouldn’t want their child to receive a good education. But since we have more public than private schools it would a lot of students who don’t qualify for certain schools as well.

She also drew criticism from the Black community stating that HBCU’s were the model for choice schools. Crazy statement to make considering Black people had no choice but to create HBUC’s because we were not allowed to go to school with 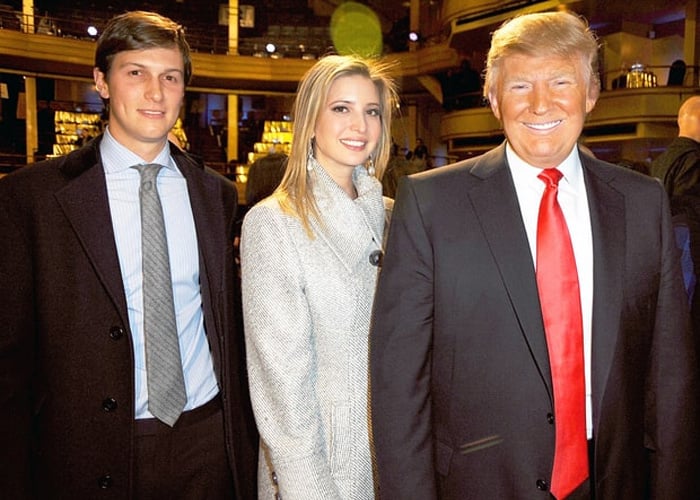 White students. And within this statement she made similar claims of leaving it up to the states in whether public schools could use federal tax dollars to discriminate against certain students from certain demographics. So she could be next on the list to be removed from Trump’s administration. But is there anyone else on the list? In my opinion, Vice President Mike Pence position is fine and attorney general Jeff Sessions; as well as Speaker of the House Paul Ryan. The next after Devos will be Trump’s son-in-law, and the duty his daughter serves.

See, Trump’s son-in-law, Jared Kushner, who not only serves as Trump’s Senior Advisor, but he’s also the husband of Ivanka Trump. Ivanka is Donald’s Advisor in the White House, which is a serious conflict of interest. Jared Kushner comes from a prominent real estate family, and his role as Senior White House Advisor 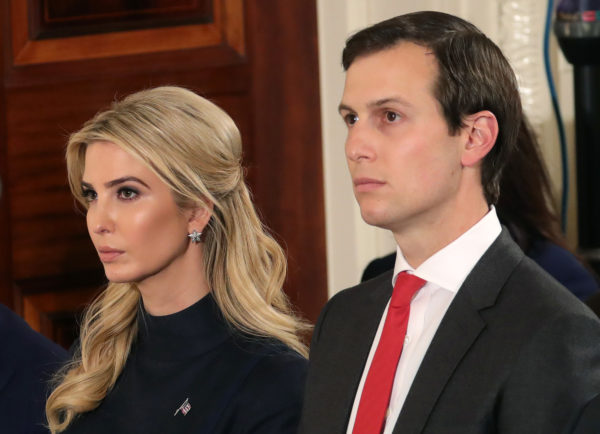 makes his role a conflict of interest with his family  business. He also came under attack for his meetings with Russian officials during Trump’s presidential run. Now his daughter Ivanka came under criticism for him appointing his child as his advisor before she stepped down as the face of her own jewelry brand. Both of these people being forced to step down could cause Trump to falter. Not to mention another advisor to Trump Kelly Ann Conway. He could begin to make even more vital mistakes.

And in the end, I feel this is how the government plans on getting Trump out of office. Break down everyone he has appointed. Then the people he trust most, force them out. Now he’s surrounded by nothing but government people he does not know, nor does he want to communicate with on any level. He’ll be gone, and Pence could step into his position, with Paul Ryan as the acting Vice President. New faces would come into play, and America would go back to business as usual. Which is what the system was supposed to have been, but Trump won. And he should really buckle down, otherwise we could see another president forced out for the first time in almost 20 years since Bill Clinton was impeached.