“Your life: whatever comes of it is up to you.”

You want  something in life, you go for it. No one is going to give it to you and won’t care if you ever have it. So it’s your job to go into the world and make your own luck. Now, I could sit here and go through all the stories of how some people have it hard. Yet when it’s all said and done, everyone has something on their plate. And the world is just not interested in caring about whatever it is you’re going through in life. So where does that leave people who don’t have direction? It leaves them with their hands in the air. Because as an adult, you have to figure your life out.

Hey, easier said than done right? Well, in so many cases it’s actually wrong. I am in my late 20’s; actually I should just say thirty years of age by now. And I watch people my age go to the clubs and enjoy their lives. Yet I sit inside of a computer lab, typing away. Trying to come up with my next blog topic, my next screenplay idea, my next book, or my next anything that will make me a better writer. Meanwhile, so many guys my age do nothing. I don’t understand it, I just don’t. To me, my life is not moving as fast as I thought it would. So, in the moment, I feel like I am being just as unproductive as them. My life could turn out to be a dud just like the guy who sits around and does nothing.

And what’s scary, is that I could never achieve anything remotely close to the success I want in life. But that’s just life; there is no guarantee of making a living in society. I could put my life into my work and fail. But so many can’t stomach the idea of putting their all into something and it not pan out. They expect something to happen. They might ask, “How much time should I dedicate to doing this or that?” Or they’ll say, “So if I do everything you just said will it make me successful?” And real answer is, who knows. You have no clue what might transpire, but that’s actually what’s good about this roller coaster ride we call life. You might not even try that hard and win, or work your ass off and lose. There is no guarantee and no one owes you anything.

Because in the end, your life is whatever you make it. No one has to make things happen for you, that’s your job. Yes, there may be people who give you an opportunity along the way, but it’s not owed to you. You take it for what it’s worth and keep going. Because win or lose, your success in life will ultimately come down to how much you have prepared. And for those that haven’t prepared, it will show in their lives.

“I can’t make time for yours, when I have my own.”

Too often, we hear people say, that they have it hard in life because of some extenuating circumstance. They want people to be sensitive to their plight in life. But here is a short answer to how people feel regarding your plight in life, “No one cares.” And when I say that, it really isn’t in a way as to come off as condescending on someone else. It’s just that in life, everyone has something that they are trying to overcome. Your situation is not indicative of you, and the world doesn’t revolve around you. You might be going through something tragic in your life; but we all do.

So why do people feel it is society’s duty to correct something in their lives that happen to so many people everyday. One of the reasons is that it is harder to come out of the rut you’re in. You have been so down on yourself, that how do begin to get out of the rut. It’s like being trapped in a ten foot hole with no supplies to get out. Even if you try to jump as high as you possibly can the highest you can reach is eight of ten needed to get out the hole. So you tell people, be more sensitive to my situation. Fine, and you know what, if you were stuck in hole, people are more than willing to pull you out. But if all these people are around you stuck in holes, then you are lost in the struggle. So you have to find some type of way to get out.

Tough when you don’t have a discernible skill to dig yourself out. And here is another reason people cannot overcome their plight; no skills in life. If you are in the know or even willing to put yourself in the know of what you want, you can elevate yourself. It’s hard for people to see that who are suffering because they only see their current situation. And putting yourself in the know is difficult, but not impossible. Let’s say you want to be a doctor, but grew up in impoverished environments. What do you possibly know about becoming a physician, must less actually being a doctor. Well, you know that Google we use to look up all sorts of debauchery. It’s that same Google we can use to seek out information. Look up countless bits and pieces, and somewhere within the multitude of info is that truth. Me, I wanted to write screenplays, so I clicked how to write a screenplay. And for the past seven years I have wrote and researched how to get better at writing them.

So putting yourself in the know is another aspects of getting yourself out of situations you’re not happy with. Well what about ethnic, religious, or gender disparities that block you in life. And you know what, they exist and will always. But it’s like that old saying, “If someone made it that looks like you, it’s possible.” It’s not guaranteed, but possible. And in the end, that is the biggest issue in society. Everyone want a guarantee and nothing in life is guaranteed. You might work your whole life and never make it. So it’s really not the plight that’s the main concern. It’s putting your all into something and it going nowhere. That’s a reality, but those who are resilient reap rewards. Failure does not determine your outcome, but your willingness to persevere through adversity.  It’s like Denzel Washington stated in a speech, “Ease is a greater threat to progress in life than hardship.” “So keep striving keep pushing, and see you at work.” 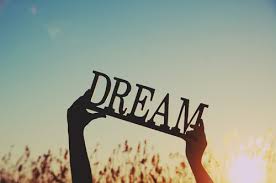 “Ever think big, but can’t find your way?”
The phrase seeing is believing is such a real statement. But seeing is not enough, you have to be willing to execute on your plans. And this is where most people get stuck in their pursuit of their dreams. They have all these visions, but are either not quite ready or don’t fully believe. Why is that; why is believing in yourself so hard for so many people? Well, there are a number of reasons why it’s so hard for people to follow through with what they want out of life. I can think of a few right off the back.
The first is the most obvious, and that is that we fear the failure. No one wants to set themselves up to fall. Especially if the fall is really hard. We don’t want to step out into the world and risk losing big where we can’t recover. It’s almost like we want to tailor make life so that we know right off the back how much we will lose. This way we can be comfortable with the outcome enough to pursue. But the reality is that we don’t know if and when we’ll lose. Nor do we know how hard we may fall. So this keeps us from following our dreams.
Another reason why believing in self is so hard is because we are afraid that most won’t see the greatness in what it is we’re trying to achieve. The hardest pill to swallow is that you see genius and they see a waste of time. Imagine if Thomas Edison never was successful and someone else came along behind him and succeeded. You’re talking a lifetime of hurt and pain, just to see someone stroll right in and win. Which leads into our third reason why we find it hard to follow dreams.
The third reason is because pursuing a dream someone else is pursuing and watching them win and you lose. Watching them win makes you realize how you wasted your time. They are reaping benefits that you seem to feel should be coming to you. And that not only makes you resent yourself, but that person who has done well. Your inner disdain is outwardly shown by your failure to rise to the occasion. Now, this is where I come to my fourth and final reason why you don’t follow your dreams.
You know what, maybe you’re just not that good at what it is you want to accomplish. You think in your mind you’re good, but knowing when to throw in the towel is pivotal. We as humans have a hard time with this because we think just because I feel something, means it truly has value. And the reality is that not all feelings mean something. So in the end, people have a hard time following their dreams because of the unknown. We want to know everything; from the risk to the successes. But these are unmeasurable. You have to trust in yourself and work at it. So taking a leap of faith is necessary, but whose willing to take that leap. I will say, those you take the leap are always the most successful in the end.